October 2018 interview by Dr. Jay Sordean with Founder Philip Auerbach in a Berkeley (CA) restaurant, about the company’s history and services … and with Bloopers to brighten up your day. 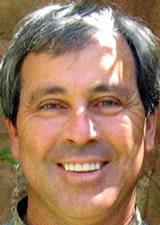 In his early career, Philip Auerbach was an Associate Editor and then Director of Product Management at Auerbach Publishers, a former family-owned firm in New Jersey; Marketing Director at Bophuthatswana Management Services in southern Africa; New Business Development Manager at Springhouse Corporation in Pennsylvania; and Director of Medical / Healthcare Research at Market Intelligence Research Company (now Frost & Sullivan) in California. He has been President and Marketing Director of Auerbach International since 1990.

In these and other capacities, Mr. Auerbach has marketed products ranging from videos to software; edited, designed and marketed publications, databases as well as varied non-profit and for-profit services; and has taught many courses to American and international business executives, both in the US and abroad.

Among his major business accomplishments, Mr. Auerbach managed the turnaround of an unprofitable publishing operation to generate over $1 million in new revenue in just one year; conducted market research, designed and implemented business plans, and formulated financial strategies to generate $5 million in sales in untapped business niches; negotiated licensing agreements both in Japan and the US; organized and directed over 25 US and global product launches and presentations in the US, Europe, Africa and Japan; and has written over 200 promotional brochures and articles for US and overseas markets, localizing these and other programs for both developed and developing countries.

Mr. Auerbach earned an International MBA degree with a specialization in Marketing from The Thunderbird School of Global Management in 1981 and earned his Bachelor’s degree in Japanese Studies at Earlham College, Indiana, in 1975. He also studied at Institut Catholique in Paris, Waseda University in Tokyo, and East China Normal University in Shanghai. He was also an Adjunct Professor teaching Translations Project Management at the Monterey Institute for International Studies (now the Middlebury Institute of International Studies at Monterey.)

In early 2018, he launched the Auerbach Global-Impact Foundation, and since 2013 has been a frequent participant at CEO Space, the nation’s foremost business conference.

During “off hours,” he has been a volunteer high school tutor, committee and Board member of a no-interest loan society, and leader for over 15 years of a Christian-Jewish-Muslim Dialog Group. Favorite activities include reading; movies; countryside hikes; horse riding; bike riding; attending plays, operas and concerts; and enjoying dinners with one or two friends at a time.

These four feelings dominated my childhood since my earliest memory at one-and-a-half years old. I remember holding myself up on my crib and mentally telling my parents No! as they argued yet again in the hallway outside my semi-open bedroom door. They separated shortly thereafter and officially divorced when I was 3 … an action unheard of in Philadelphia where I was raised in the mid-1950s.

For the first 16 years of my life, I felt incredibly lonely as the only divorced child I ever knew… a situation that no one else around me could relate to or understand.

From my earliest years, I perceived my mother’s family as being loving, unconditional and nurturing, while my father’s family was conditional, strict and rigid. How to navigate between two different mindsets, two different realities, and two different standards was baffling, especially because the rules were never clearly defined.

After most weekends with my father and his family, I would return to my mother and break down in tears. No matter what I said or did, my father seemed not to want to consider my feelings or value my comments. Amidst this psychological confusion, I longed for him to understand me and not to deny my thoughts.

In 7th grade, I was required to learn Latin and then I chose to study French voluntarily. Languages to me became openings to other ways of thinking and other mindsets. And I dreamt irrationally that if I could not communicate with my monolingual father in English, perhaps I could do so through some other language.

To his credit, he started taking me abroad on business trips and exposed me to the world … where other assumptions and ways of thinking and behaving were the norm.

After studying German in high school, Japanese in college and Chinese in grad school and after visiting many countries, I knew that I wanted to do something involving cultures, business and bridging linguistic gaps. An implementation of this desire since 2010 has been my leading a local Christian-Jewish-Muslim dialog group.

By establishing Auerbach International in 1990, I was able to fulfill two parts of my personal mission:

I hope you will join me in this quest.