As one of the oldest language agencies in the US, we’ve encountered some unique challenges during our 30 years of providing translation solutions to clients worldwide.

One of our favorites stories began with an “emergency” call after 5 pm on a Friday evening.  It was from a political consultant in New York whose firm was advising the campaign of a major candidate in an upcoming Italian national election. The consultant urgently needed a large PowerPoint presentation translated into Italian by 8 am EDT Saturday morning for a strategy session with his colleagues in Rome.

We asked why he hadn’t called a language firm in New York.  He replied that it was 8 pm and all the agencies in New York were closed so he figured that we, being headquartered on the West Coast, would still be open.

Knowing that we’ve regularly delivered challenging translation projects that other agencies are unable to, we recognized that this would be one more … though we didn’t know exactly how we would do it!

Nevertheless, we assured him, “Please go jog around Central Park and then have dinner and come back to your office around 11 pm [three hours later, 8 pm PDT]. By that time, we’ll have it done for you.”

The weekend had already begun in North America and Italian translators in Europe were either partying or sleeping. Where could we find Italian translation teams at this late hour? In the least likely but most logical place in the world: Hawaii. There it was only 2 pm and we presumed that our translation teams weren’t already pau hana (finished for the week), enjoying some tasty waves and cool beverages. 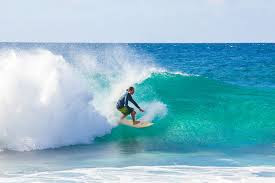 Fortunately, their hopena pule (weekend) had not yet begun and our Italian team got the translation done “in modo precise e rapido” – accurately and rapidly. We delivered the project on time and as promised.

Whatever your language (we translate 120+) and whatever your need, you can rest easy putting your project in our hands. Preferably before 5 pm on a Friday night!

The Guru of Athletic Footwear: Gene McCarthy and Global Expansion